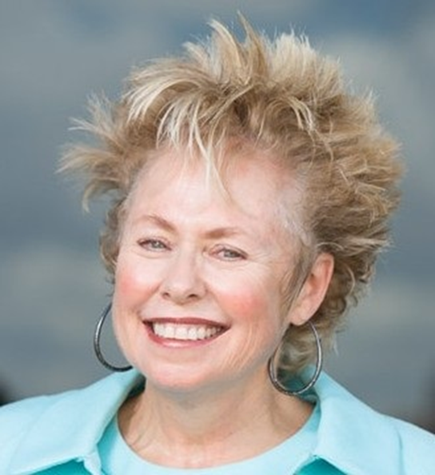 The legal profession in Australia, like its counterparts in other advanced jurisdictions, is facing a period of disruption and radical change.  Unlike many businesses and other professions the legal profession has been slow to respond to or even acknowledge the seismic shifts that have already taken place.

Bruce MacEwen, a leading U.S. writer on the changing structure of the legal profession has said:

“Lawyers are in denial about the fact that changes to the industry are permanent. They want to believe its cyclical when its structural”

Working with some of Australia’s leading legal firms, Symmetra has been assisting them in identifying and addressing some of the unique challenges that are already apparent as well as those that lie ahead for the legal industry.

Symmetra’s research and experience in this field indicates that the forces which are currently impacting on the Australian legal profession are global and local, economic and social. They will inevitably bring about observable structural changes.

Already there is an observable push to reconfigure the gender and ethnic constitution of the profession. The lopsided gender make-up at senior levels and the propensity to propel men to the top cannot be sustained. The profession cannot advance and be a positive element in the social and economic fabric of Australia if a vast pool of skilled and talented graduates is side-lined. Moreover clients, both corporate and individual will increasingly demand that professional lawyers at the senior levels are not all drawn from a single monolithic source represented by Anglo-White males.

In line with increasing economic competitiveness in many fields, lawyers will be pressured to reign in their costs. Consumers of services have greater access to information enabling them to monitor and evaluate the cost, quality and effectiveness of the services. Power is shifting from the suppliers to the purchasers of legal services who are becoming more cost-conscious and discerning. Billable hours will become a rarity in time and large corporations, in particular, will use their financial muscle and the knowledge of their in-house counsel to get the best deal.

A rapidly advancing technology will reconfigure the legal profession. Some of the likely adaptations will include: Online dispute resolution and artificial intelligence – Many legal problems will be solved through computerisation and increasing use of social networking by legal service providers. As the market for legal services becomes less constrained by formal barriers and more transparent, competitors from non-traditional sources will undoubtedly emerge. Accounting firms, for example will increasingly broaden the range of their legal offerings.

Of all the challenges the one that is the most acute in Australia is the pressing need to accommodate the evolving talent pool from which its resources will be drawn. In particular, while women are entering the legal profession in significantly greater numbers than men (61% of all solicitors admitted in 2013 and 58% of those admitted in the past 10 years), the current make-up of the profession in all its sectors – solicitors, barristers, legal counsel and the Judiciary – is manifestly distorted with weighting in favour of males particularly at senior levels.

The attrition of women from the profession is a well-recognised phenomenon. This fact is not only disturbing in itself, it also accentuates many of the difficulties which arise from the external pressures set out above.  A legal profession which shows itself to be cognizant of and adaptable to the needs of women is more likely to be able to adapt to other emerging challenges.

While most women enter the profession with considerable enthusiasm and ambition they are often faced with antiquated attitudes and embedded biases which hinder their advancement. According to a report released by the Law Council of Australia in March 2014 more than 1 in 3 women in the legal profession is considering moving to a new job within the next 5 years.

It is clear that an out-dated business model and a fundamentally rigid approach to recruitment, promotion, mentoring, and the lack of flexible work arrangements and widespread harassment, bullying and bias are engendering considerable disenchantment.

The Law Council Report indicates that men also are dissatisfied with legal practice, although to a lesser extent than women.

All the pressures on the legal profession offer great opportunities as well as challenges to existing legal practitioners and institutions. Those that grasp the nettle can certainly grow and prosper. Law firms have to be more business-like and more responsive to the needs of their clients. This means that lawyers will leverage the skills of flexibility and adaptability rather than insist that clients simply accept systems which the legal profession regards as unchangeable. Legal institutions will do well to strive for a diverse representation of ethnicity and gender within their ranks which will promote diversity of thought and different points of view as a positive benefit. This will inevitably improve the breadth of advice which can be offered to clients and also create opportunities for entirely new and untried solutions to existing problems.

Understanding the need to acknowledge that client interests and wants are not a burden but the rationale for the services which lawyers provide will open the way for the legal profession to be seen as more constructive and a committed participant in addressing socio-economic issues in Australia as well as being a pro-active rather than a reactive problem-solving profession.

Heather Price
A dynamic businesswoman, Heather Price established one of the first and most successful diversity consultancies in South Africa during the dismantling of apartheid. She later established Symmetra in 2003 which, under her leadership, has grown to become a highly respected diversity and inclusion consultancy amongst many of the world’s largest companies.
With over 25 years’ experience, Heather has cemented her reputation both locally and internationally as a leading expert on diversity and inclusion. She is engaged regularly to work with the C-suite on creating diverse and inclusive companies and on counteracting unconscious bias in the workplace